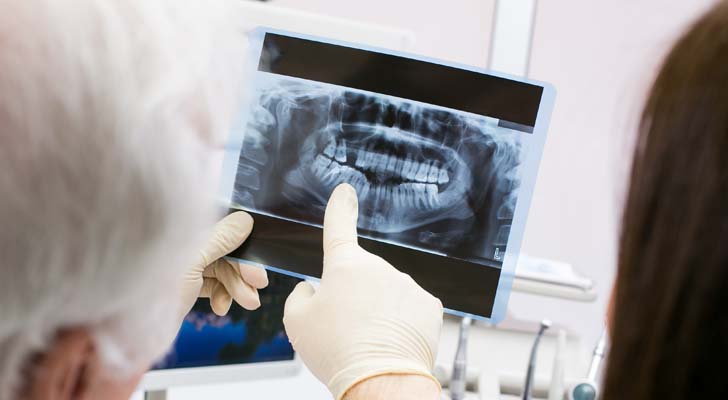 Simultaneously one of the most compelling and frustrating investment opportunities at the moment is Nano-X Imaging (NASDAQ:NNOX). Offering the technology to completely disrupt the medical imaging industry and create new business platforms such as Imaging-as-a-Service, Nano-X could be one of the most significant innovations of our time. Yet someone also needs to tell NNOX stock, which has been on a disconcerting decline. 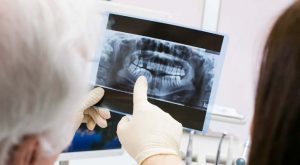 To understand the bullish narrative here, we must look at the present X-ray infrastructure, which is first and foremost incredibly outdated. Although many improvements to the technology have been made, fundamentally the core mechanism hasn’t changed since X-rays were first developed. To address this, Nano-X developed a new paradigm of medical imaging, driving the long-term case of NNOX stock.

Admittedly, I’m not an expert on X-ray machinery. But the most important point as an investor is that the mechanism is analog, encompassing multiple moving (and expensive) parts. Plus, X-ray equipment is difficult to manufacture and likewise cumbersome to repair and maintain.

Where Nano-X is so compelling lies in its digitalization of the imaging process. That is, rather than relying on these multiple moving parts, Nano-X — through its team of multinational partners including scientists from Israel, Japan and South Korea — condenses the methodology into a small semiconductor.

Through this breakthrough, the company is able to eliminate much of the bulky structures of traditional imaging equipment while delivering lifesaving accurate results in a less-expensive platform that’s built for scale. The appeal of NNOX stock is that this key innovation can capture patient demand from demographics that have been neglected due to financial or geographic challenges.

In fact, management stated that its primary goal is to penetrate the healthcare clinics as opposed to hospitals. By delivering imaging solutions to urgent care facilities, for example, Nano-X can serve patients who may not have the resources to pay for a traditional X-ray.

As you can surmise, NNOX stock has strong implications for the post-pandemic world. Specifically, the novel coronavirus didn’t just impact our collective health. Because of the unprecedented governmental push to bolster an economy facing a severe crisis, we have serious questions about longer-term fiscal stability.

Naturally, this translates to pain on Main Street. Yes, the labor market is improving, which is a great sign. However, millions of Americans have suffered deep wounds to their finances. When faced with the prospect of going to a healthcare clinic or eating, usually, people choose the latter.

However, with the lower costs inherent in Nano-X’s imaging equipment, this could convince more people to consider health checkups, especially now that Covid-19 cases appear to be declining sharply. As well, early detection isn’t just a benefit to better health outcomes, it can save considerable money.

While valid points, the problem with NNOX stock is the awkward timing. The company had its initial public offering in late summer last year, creating much buzz. But after an initial rally, shares started to decline as Covid-19 cases started to pick back up again.

Today, without trying to jinx the matter, it seems that we’re on the final stretch of this pandemic. Yet since Jan. 29, NNOX stock tanked 50%.

Gains in recent days suggest a big upside move is coming. Yet it’s not enough to overturn the narrative. This leads me to believe that the economic situation is not nearly as robust as many policymakers suggest that it is.

As Kaiser Health News noted, cancer rates declined during the Great Recession. Evidence indicates that this wasn’t because Americans were suddenly living healthier lives. Rather, the financial stress of the recession prevented many people from visiting healthcare facilities.

If the same narrative plays out again, it wouldn’t augur well for NNOX stock.

For the week ending Feb. 27, initial jobless claims numbered 745,000. That’s a substantial improvement from the nearly 7 million claims for the week ending March 8, 2020. However, we shouldn’t necessarily consider this a V-shaped recovery.

Yes, the economy did bounce back from absolutely calamity. But keep in mind that in the worst of the Great Recession, jobless claims peaked at 665,000. Thus, we “V-shaped” our way from the hottest part of perdition to a slightly less intense part. But we’re still in perdition, which is the point of the matter.

Still, I’m really intrigued with the profound technology of transitioning medical imaging from anachronistic analog to groundbreaking digital. Take a measured wager on NNOX stock if you like but do make sure to keep the powder keg dry.