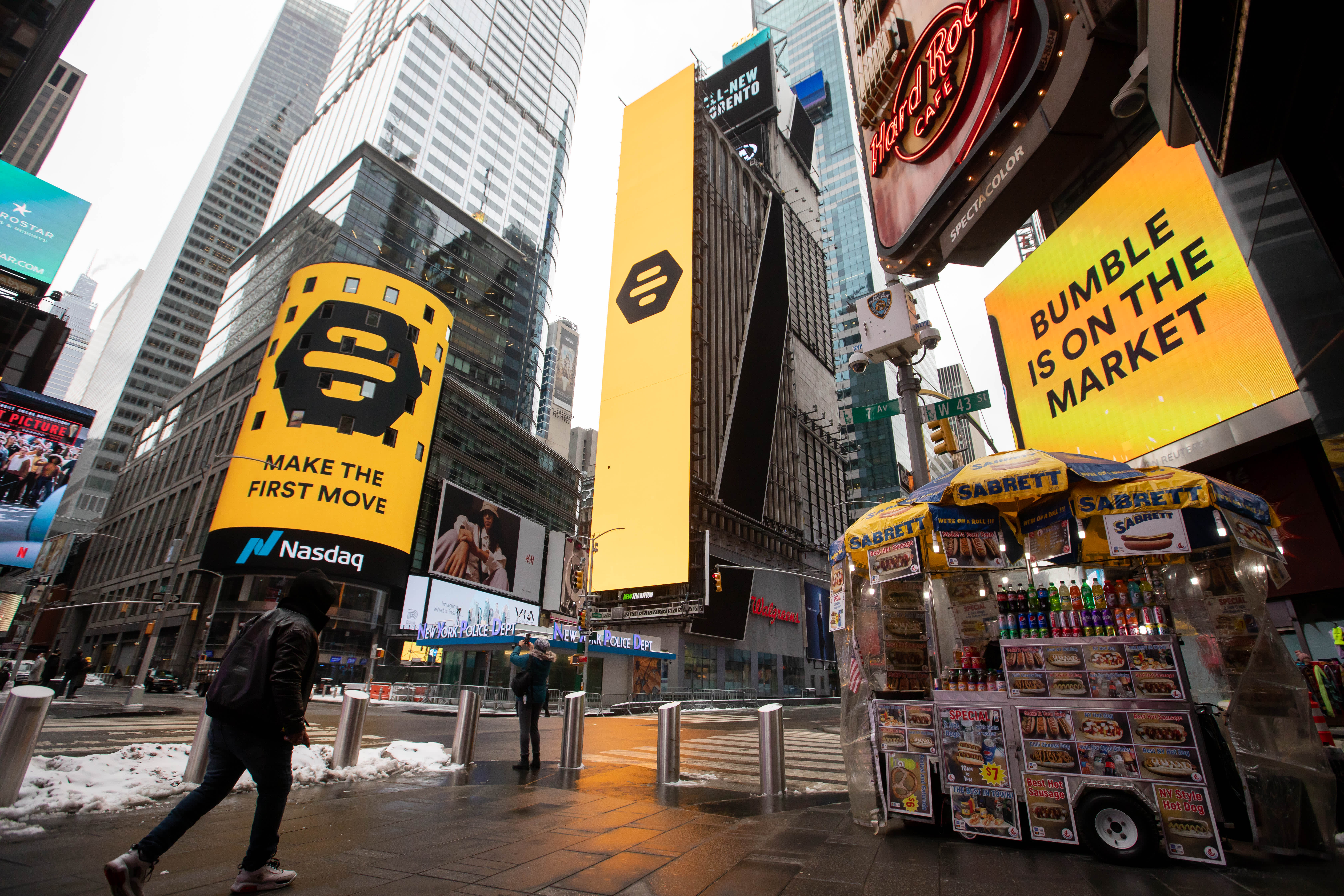 Check out the companies making headlines before the bell:

Oracle (ORCL) – Oracle reported an adjusted quarterly profit of $1.16 per share, 5 cents above estimates, and the business software giant’s revenue was slightly above Wall Street forecasts. However, revenue in Oracle’s cloud division fell short of analyst projections, and Oracle shares fell 5.4% premarket. Oracle also increased its dividend by 33% and increased its share buyback program by $20 billion.

Bumble (BMBL) – Bumble beat Wall Street’s revenue estimates in its first quarter as a public company, and gave an upbeat projection for the current quarter. The dating service company said it expects pent-up demand from people who had been reluctant to date during the pandemic. Bumble shares surged 9% premarket.

Cloudera (CLDR) – Cloudera beat estimates by 4 cents with adjusted quarterly earnings of 15 cents per share, and revenue above estimates as well. However, the data cloud company also gave weaker-than-expected forecasts for both profit and revenue, and its shares tumbled 7% premarket.

JD.com (JD) – The China-based e-commerce company saw its shares rise 7.9% premarket after it reported better-than-expected profit and revenue for its latest quarter. It gained shoppers even as China largely emerged from coronavirus lockdowns.

AstraZeneca (AZN) – Denmark temporarily suspended the use of AstraZeneca’s Covid-19 vaccine following reported cases of blood clots formed in patients. The suspension will last for 14 days while regulators investigate. AstraZeneca said it maintains strict quality controls and that there had been no serious adverse events associated with the vaccine. AstraZeneca lost 1.9% in premarket trading.

Coupang (CPNG) – Coupang makes its Wall Street debut today after the South Korean e-commerce company priced its initial public offering of 130 million shares at $35 per share, above the expected range of $32 to $34. Coupang raised $4.6 billion in the largest U.S. IPO so far this year.

Vir Biotechnology (VIR), GlaxoSmithKline (GSK) – Vir and Glaxo said their Covid-19 antibody treatment reduced hospitalizations and death from the disease by 85% in a clinical trial. The drug makers said they will immediately seek emergency use authorization for the drug in the U.S. and other countries. Vir shares soared 60% premarket.

Boeing (BA) – Boeing is close to finalizing a multi-billion dollar order for its 737 MAX jets from Southwest Airlines (LUV), according to people familiar with the matter who spoke to Reuters. It would be the largest order for the MAX since it was ungrounded, and also would stave off a possible defection to rival Airbus by Southwest, which had been the largest customer for the 737 MAX prior to the grounding. Boeing rose 2.1% premarket.

7 Top Short-Squeeze Candidates to Watch in February
Top Wall Street analysts like these stocks for maximum returns
3 Penny Stocks That Will Be Big Winners in 2023
SBUX, QCOM, F Predictions: 3 Hot Stocks for Tomorrow
Beware! Why the Recent NIO Stock Rally Could Be Fleeting