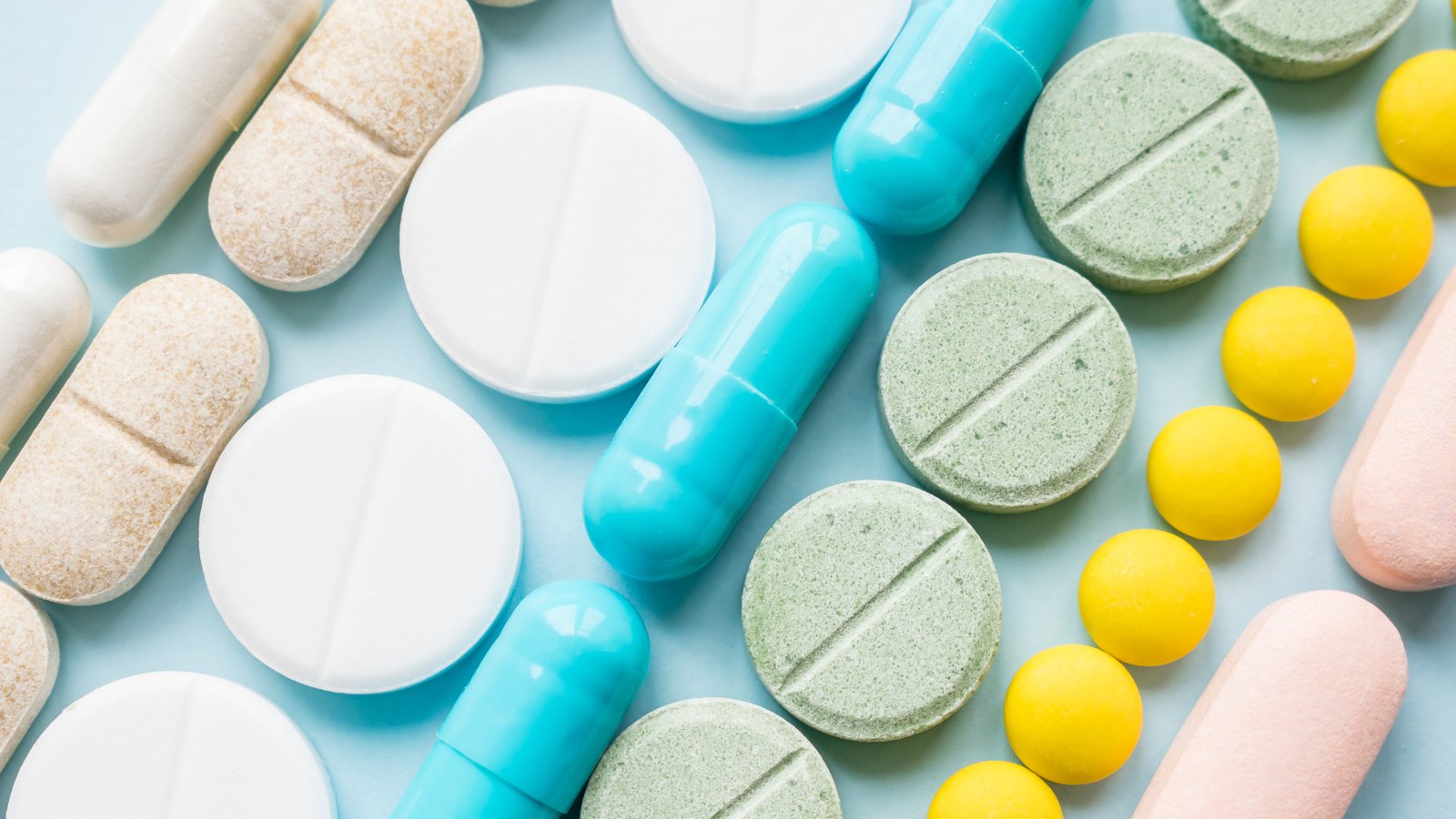 The U.S. currently has three authorized and recommended vaccines, per the Centers for Disease Control and Prevention. And just as the country was roiled by the novel coronavirus, pharmaceutical stocks have had a roller-coaster of a year.

Let’s look at a timeline of pharmaceutical stocks, via a proxy of VanEck Vectors Pharmaceutical ETF (NASDAQ:PPH). Starting from Jan. 21, 2020 — or the day of the first confirmed U.S. case in Washington State — the performance of that 26-stock exchange-traded fund had some thrilling highs and lows, but ultimately has only produced a 5.33% gain.

Now, some of those stocks are starting to face some real opposition in the markets. Even back in December, advisors were sounding the alarms and warning investors not to be tempted by every company developing a vaccine.

In many cases, by the time news reaches retail investors, the gains are already priced in and that’s obviously not the time to be jumping on board.

And now that vaccines are authorized and on a roll, it looks like the majority of the gains have already occurred. That’s why the stocks on this list could suffer from a Covid hangover in the coming days, weeks and months. Tread wisely.

As amazing as Moderna’s run has been, there’s a case building for prices slowing near-term. In the longer-term, Moderna could face a real hangover despite it being a great Covid-19 success.

Since March 23, MRNA stock is down 7%, and 28% since the first week of February. There is serious reason to believe that the time for gains from the stock has passed.

The bull thesis for Moderna certainly seems to have lost steam, and Covid-19 sales upside looks to be baked into share prices now.

This may seem unlikely given the numbers coming from Moderna. When the vaccine maker released 2020 results on Feb. 25, it increased the lower end of global vaccine production for 2021 to between 600 million and 700 million doses, with a goal of 1 billion jabs. Moderna also announced that it was making capital investments with the intent of producing 1.4 billion doses by 2022.

Yet, the company noticeably failed to mention 2022 revenues, raising concerns about the longer term. Investors eagerly scrambled to get in on potential vaccine stocks to capture quick returns, but enthusiasm is waning now that longer term realities are setting in.

Competition is increasing and there are concerns that total market revenues will shrink moving forward. In such a  scenario individual manufacturers could see rapid declines.

Shares of iBio stock traded at roughly 30 cents a piece in early 2020 prior to the breakout of the pandemic. Almost as soon as the pandemic occurred, IBIO stock rocketed up to $2.20 per share. By mid-July the stock was trading at over $6.

Early investors rode a real high as shares initially spiked 633%, and over 2,000% by mid-July. But gravity dictates that what goes up eventually comes down.

And much of the hype that drove iBio so high, so quickly was its FastPharming platform. The company got swept up in all of the hope and the hype surrounding fast-moving vaccine stocks.

iBio never had a chance to produce a vaccine itself, but rather the narrative was around its role-player status.

Yet, despite all the capital that initially flooded in, iBio ended 2020 with revenues under $1 million. It reported $700,000 in revenues yet a net loss attributable to shareholders of $8.2 million in Q4 alone.

I’d argue that iBio is well into a sustained hangover. The point of including it in this list is to caution investors against anything surrounding shares that might attract them. 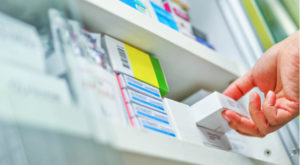 Sorrento Therapeutics is another Covid vaccine stock that looks like one to avoid from here on out. The company is producing many products related to the battle against Covid-19.

A cursory glance at the company’s website shows that it has a total of 11 “Covid Programs.” These programs include diagnostic tests and a vaccine candidate.

The vaccine candidate, Advertinib, is currently in Phase 2 trials. Despite the large number of products that Sorrento Therapeutics is developing, it looks worse by the day. The truth is that a great majority of the race to a vaccine has already been run.

A look at SRNE stock’s price chart over the past year shows how much volatility has followed it. After beginning 2020 around $3 per share, SRNE stock has peaked well over $12 on three separate occasions. It is currently on its way down again. I’d suggest that investors abandon Sorrento Therapeutics at this time.

There is a case to be made for considering adding SRNE to one’s portfolio based on other portions of its pipeline, but I’d simply avoid it altogether.

Despite the fact that Sorrento Therapeutics received lots of attention during 2020 at the height of the scramble to develop a vaccine, the company didn’t improve. The company took in $40 million in revenues throughout 2020, as opposed to $31.4 million in 2019. As a percentage this looks reasonably strong. However, given the scale of what the company is trying to achieve, it isn’t much.

The fact remains that the company spent much more in R&D alone, at $111.3 million, than it brought in on a revenue basis. It’s just a normal, run-of-the-mill biotech swinging for the fences while striking out a lot.

Current news surrounding Novavax has markets scrambling in a sell off. A March 25 report from Reuters that Novavax is delaying signing a contract for selling its vaccine to the EU sent stock prices down. The issue is that Novavax is suffering production problems stemming from its inability to source raw materials.

The news is yet another blow to the company and its stock which has come down from Feb. 8 highs of $319 per share. Those 42% declines could be indicative that the Covid hangover has already taken Novavax down. Novavax was scheduled to deliver 100 million doses of the vaccine, with an option to deliver 100 million more.

News of Novavax’s inability to deliver on its promise and supply EU nations is coming among heightened tensions surrounding a third wave of outbreaks in Europe. Surely the news is going to open opportunities for other vaccines to fill the void should the worse case scenario play out.

Investors are also likely going to return to Novavax’s year-end financial statements released in early March. The company recorded Q4 revenue of $279.7 million, however that translated to a Q4 net loss of $177.6 million. That’s probably going to lead a good number of current holders to sell off their NVAX shares. This is a sad turn of events for a company that received $1.75 billion in Operation Warp Speed funding not long ago.

Ocugen is partnered with Bharat Biotech to bring the Indian company’s Covaxin vaccine candidate to the U.S. market. Under the terms of the deal Ocugen will receive 45% of the profits to commercialize Bharat Biotech’s vaccine.

Ocugen was a company circling the drain until Bharat Biotech adopted it as a U.S. surrogate for its vaccine hopes stateside. It was attempting to develop gene therapies for ocular diseases but wasn’t having success. Ocugen didn’t pivot so much as get thrown a lifeline by Bharat.

The Covaxin vaccine itself is a deactivated version of the virus that is injected into the body and elicits an immune response that stimulates the production of antibodies that grant immunity. However, Covaxin is mired in controversy in India where it was granted approval for restricted use. The approval was given while Covaxin was still under clinical trials. That fact is leaving many scratching their heads about how an unproven vaccine could be given to millions.

OCGN stock has more than halved since early February, and it looks like its time could be up. 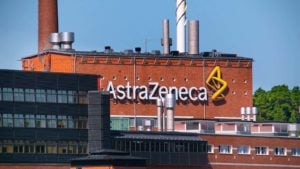 AstraZeneca’s vaccine has faced trouble after trouble recently. In the past month over 20 European nations suspended the company’s vaccine after a dozen plus vaccinated people developed rare clotting disorders. That was a big blow to the company.

But the problems weren’t over. AstraZeneca soon thereafter released trial results in the Americas that initially looked positive. The results seemed to ease worries and concerns over its efficacy.

Those results were overturned by the U.S. Data and Safety Monitoring Board which oversees the studies. AstraZeneca appears to have been using outdated information and the most favorable results. The initial results suggested that its vaccine was 79% effective in preventing Covid-19 but was revised downward to 76% two days later after the initial debacle.

Given the debacle, the notion that best-case scenarios are already baked into share prices, and the fact that other approved vaccines have higher efficacy rates, AZN stock may be in trouble.

Pfizer is undoubtedly a success story in the fight against the pandemic. Its vaccine was granted emergency use approval on Dec. 11. Stock prices jumped up on the news, but are right back to where they were prior to the news.

In contrast, that pharma ETF, PPH stock that I mentioned above? It’s up 6.38% in the same period since that EUA was approved. PFE stock is the third-largest holding in the portfolio, at a 5.18% weight.

Ironically, the company can’t seem to maintain any momentum in its stock despite how important it has been to the vaccine narrative. Maybe it’s not ironic at all given the size of the company and the fact that it is a pharmaceutical giant. And perhaps the success of its vaccine is simply testament to what a juggernaut the company is. From the perspective of its vaccine’s effect on its share price, it’s clear the company just took it in stride.

And earnings and revenues are anticipated to increase by about half this year. That should translate to upward momentum for stock prices. But it just doesn’t seem to be the case. It looks like Pfizer will simply take the news in stride, and lumber on with stagnant prices.

Alex Sirois is a freelance contributor to InvestorPlace whose personal stock investing style is focused on long-term, buy-and-hold, wealth-building stock picks. Having worked in several industries from e-commerce to translation to education and utilizing his MBA from George Washington University, he brings a diverse set of skills through which he filters his writing.

TM Stock Alert: What to Know as Toyota CEO Steps Down
The 7 Best Reddit Stocks to Buy for 2023
My Kandi (KNDI) Stock Price Prediction for 2025
Op-ed: Salesforce appoints ValueAct’s Morfit to its board and a proxy fight may loom ahead
Stocks making the biggest moves midday: American Express, Intel, Silvergate Capital and more