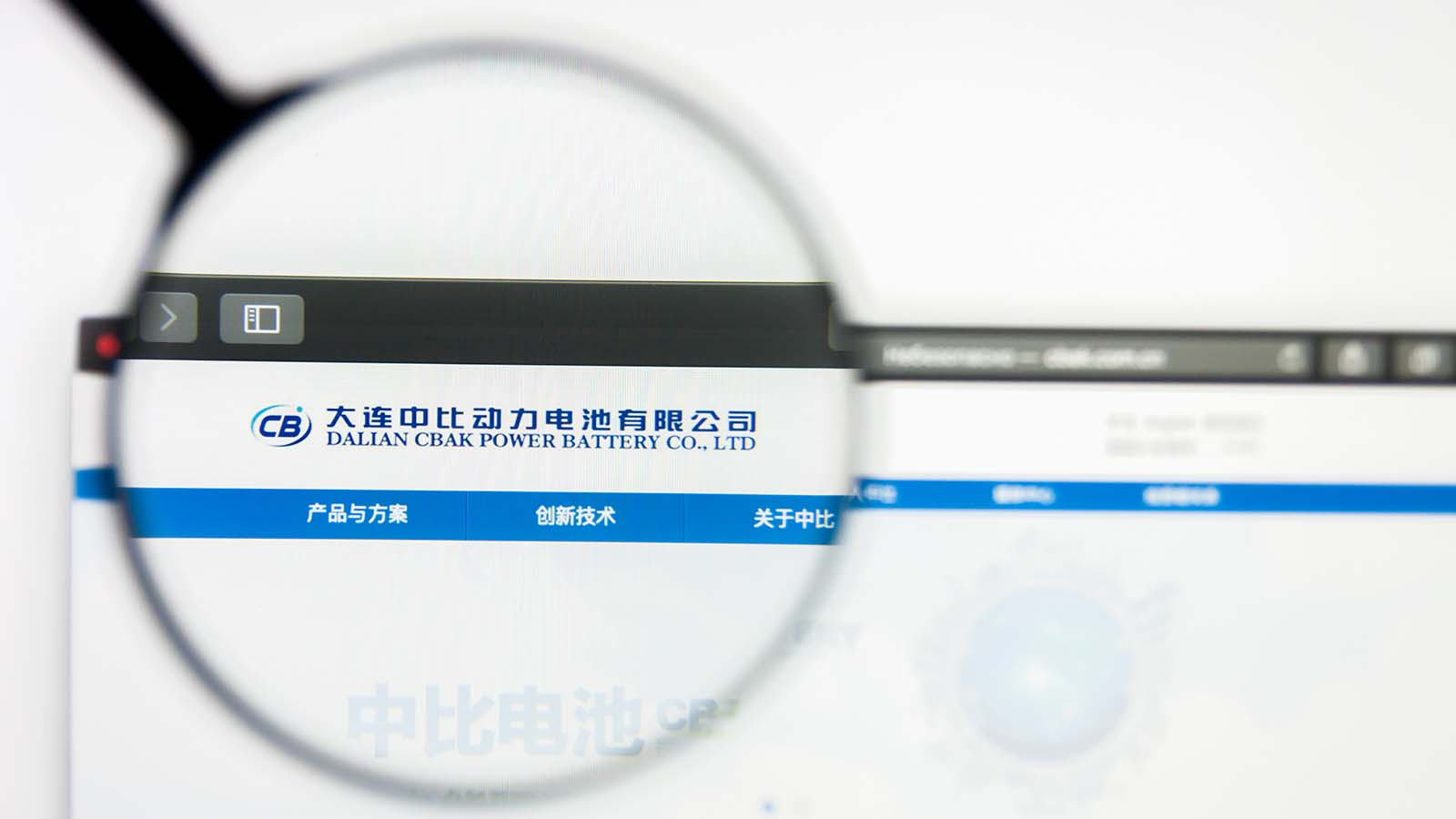 CBAK Energy Technology (NASDAQ:CBAT) is a manufacturer of high-power lithium batteries, primarily generating sales from the Chinese market. Despite stumbling in the past few months, CBAT stock is up a whopping 1,217% in the past 12 months. A lot of it is down to the company’s hype as a bona fide player in the electric vehicle revolution. 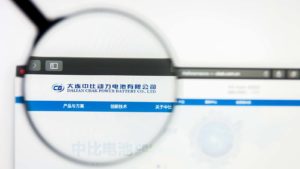 However, investors are likely unaware that EV battery sales represent only a small fraction of its business. Regardless, CBAT stock’s rally has it trading more than 10 times this year’s expected sales.

It’s true that CBAK has been investing heavily in its EV battery business. It is expanding production capacity and forming strategic partnerships in increasing its competencies. If it could establish a foothold in the industry, it could enjoy a lot of success down the road.

However, it’s tough to say whether it could do so at this stage, considering how its EV business contributes such a minuscule portion of sales. The stock has shot up to a market capitalization of over $464 million in the process. That put CBAT stock in the “overvalued” category and not a play at the growing EV market at this point.

Contrary to popular belief, CBAK Energy is hardly an EV company at this point. Back in 2019, sales from its EV business amounted to 20% of its total revenues. In the nine months ended Sept. 30, 2020, it only amounted to roughly 3% of total revenues.

Uninterruptible supplies formed the highest portion of the company’s total sales. It contributed roughly 80% of its total revenues in 2019, and that share increased dramatically in 2020. According to Verified Market Research, the industry is expected to grow at a meager 4.3% from 2021 to 2028.

Moreover, it only reported 26% sales growth on an overall basis. It is up against some big players in its industry all with solid track records of growing sales. Therefore, if it wants to raise a substantial amount of capital, it needs to show better revenue growth.

Furthermore, growth in its total asset base has been sluggish as well, expanding by only 7% during the nine months ended Sept. 30, 2020. Additionally, the company’s cash balance dropped by 20%. Moreover, the demand for its shares has also been low, despite the massive increase in its share price.

CBAK is not an EV play, but there’s no denying its efforts to become one in the near future. This Chinese company recently announced its partnership with an unnamed, leading European hydrogen energy group “with 100 years of operation history.”

It will assist the group in the development of hydrogen fuel cells. Additionally, its subsidiary in Nanjing, CBAK New Energy Technology, will eventually supply battery systems for 10.5 million buses manufactured by Sichuan Guohong Automobile. The product framework was worth $1.4 million, and it will supply 30 battery sets to Sichuan in the next 12 months.

Moreover, it has plans to significantly expand its capacity in its Chinese manufacturing plants. That Nanjing manufacturing plant is expected to reach a total capacity of 8 GWh/year to produce lithium batteries. In addition to this, the company expects to spend RMB 50 million $7.6 million) to add a production line in its Dalian facility. Therefore, it shows promise as far as its EV business is concerned, but there is still a long way to go before it makes some significant inroads.

CBAT stock had been on fire for the better part of last year. Investors have believed that it could be a significant player in the fast-growing EV charging business. However, this business forms a tiny part of its operations at this point. Though it could become a player in the future, the evidence of its success is scant at this time.

On top of that, it is overvalued, which further limits the incentives to invest in it at this time.

Muslim Farooque is a keen investor and an optimist at heart. A life-long gamer and tech enthusiast, he has a particular affinity for analyzing technology stocks. Muslim holds a bachelor’s of science degree in applied accounting from Oxford Brookes University. He does not directly own the securities mentioned above.

HLBZ Stock: A God-Tier Effort to Keep a Nasdaq Listing
Is Carvana (CVNA) Stock a Buy or Sell? Here’s My Call.
Giving Up On Tesla? 3 Better Ways to Invest in EV Stocks
A Market Recovery Won’t Help QuantumScape Stock
7 Industrial Stocks That Will Be Big Winners