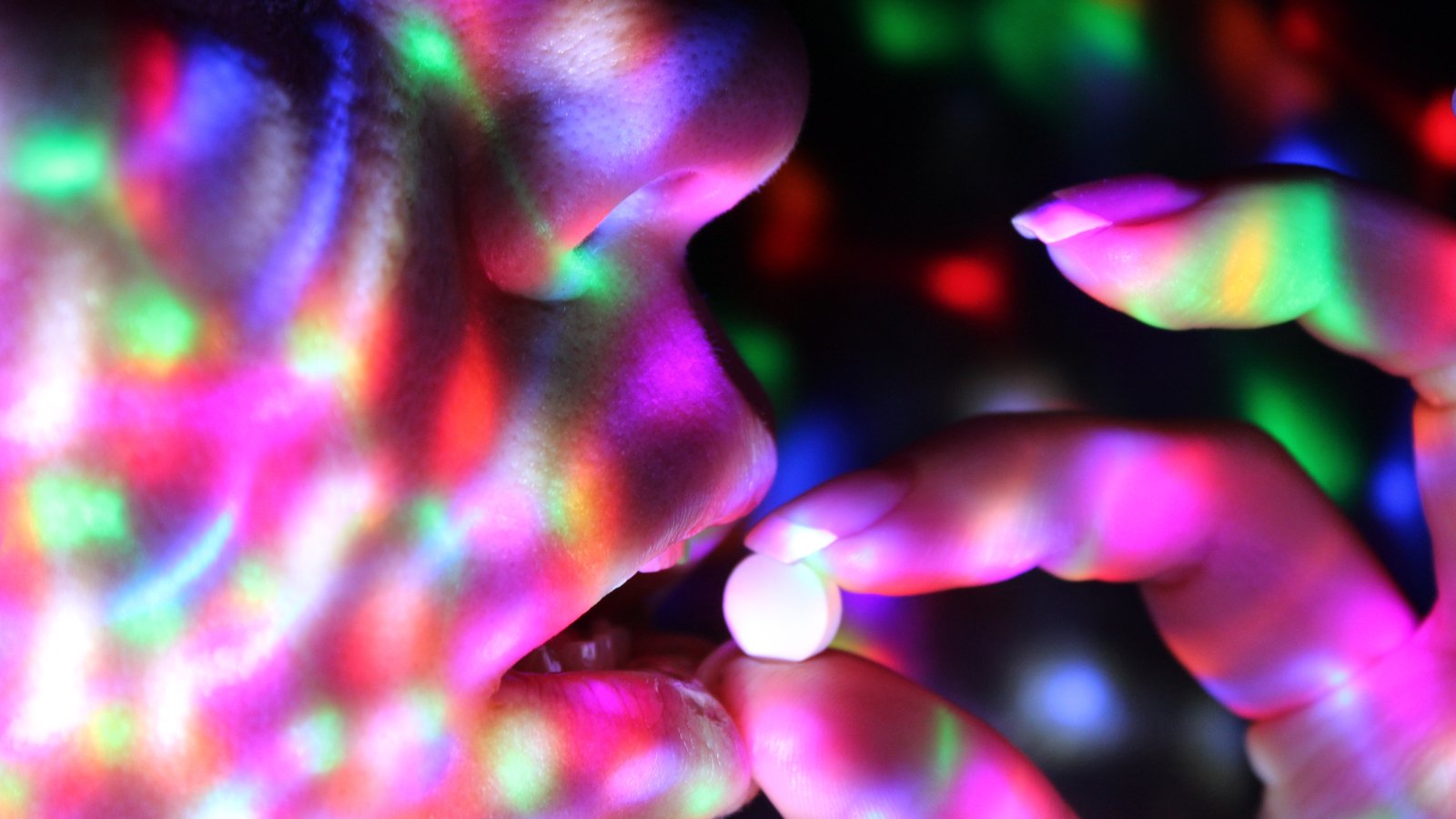 Remember when marijuana used to be taboo? Back when Cheech & Chong – a comedy duo who tapped into the height of the cultural weed zeitgeist during the ‘70s – pushed the envelope to further their drug-fueled counterculture movement, weed smokers were still mostly marginalized.

The War on Drugs was in full swing, as Richard Nixon passed the Controlled Substances Act, labeled marijuana a Schedule 1 drug – listing pot next to cocaine and heroin as an extremely dangerous, extremely illegal substance with no “accepted medical use.”

So much for that…

Today, there’s no War on Drugs. The global legal marijuana market measures $17 BILLION, and it is growing at a 40% per-year pace.

And Luke sees two potential weed stocks worth investing in right now, which we’ve featured in our Innovation Investor Focused Portfolio (Get the details by watching this video, subscribing, and accessing Luke’s Plant Power portfolio).

Decades of pro-marijuana counter protesters, lobbyists, openly receptive musicians and actors, and so much more, helped reform marijuana’s image from the fearful days of Reefer Madness.

But mostly, emerging science changed public perception, paving the path for legalization and a “Marijuana Boom.”

Specifically, an abundance of academic research came out in the 2000s, which unpacked marijuana’s medical benefits. At the same time, Hollywood went from Cheech & Chong alone to portraying weed as a friendly, “fun” drug, in movies like Harold & Kumar, Step Brothers, Half Baked, How High, Friday, Dazed and Confused, Smiley Face, Super High Me, and so much more.

A few protests and bills later, marijuana wasn’t just legalized – it turned into one of the hottest consumer markets in the world.

If you missed out on investing early in the marijuana boom, don’t worry.

Right now, another Schedule-1 drug is in the first inning of following in marijuana’s explosive footsteps: psychedelics.

For years and years, society has frowned up psychedelics as hard drugs to be avoided – but things weren’t always like that…

Back in the 1950s, a group of pioneering psychiatrists in California led by Humphry Osmond were actively experimenting with psychedelics and finding that hallucinogenic drugs had immense therapeutic potential.

But sociopolitical backlash against “hippie culture” in the 1960s halted their research, and in 1970, psychedelics landed on Nixon’s Schedule-1 drug list.

The book was closed on psychedelic research.

When the academic world reopened that book, and discovered a world of opportunity and untapped potential…

A pair of recent Johns Hopkins studies have found that the active ingredient in “magic mushrooms” (something called psilocybin) can significantly help with smoking cessation and reducing alcohol dependence.

An even more recent Johns Hopkins study published in 2020 found that psilocybin can relieve anxiety and depression levels in people with life-threatening cancer diagnoses four-times better than traditional antidepressants on the market.

That finding corroborates a previous NYU study, which found that psilocybin causes a “rapid and sustained” reduction in anxiety and depression levels in cancer patients.

And, most recently, an Imperial College London study published in just two weeks ago found that psilocybin is better and faster at treating depression than Lexapro, a leading antidepressant treatment today.

The list of academic studies goes on and on.

And they are all coming to the same conclusion: psychedelic-inspired medicines have robust therapeutic potential.

The science is changing… and this emerging science is shifting public perception.

In 2020, a flurry of movies and TV shows – like Gwyneth Paltrow’s The Goop Lab, the Netflix documentary Have a Good Trip: Adventures in Psychedelics, and the docuseries The Business of Drugs – has collectively shone a favorable light on the benefits of psychedelics, and helped to destigmatize these drugs in mainstream media.

Big-ticket TV shows such as Billions even explored they medical case, and the investing case, for psychedelics, specifically ayahuasca.

Major podcasts – like Freakonomics and Joe Rogan – have talked about psychedelic-inspired medicines and their therapeutic potential.

Vice’s Hamilton’s Pharmacopeia – featuring Hamilton Morris, a journalist/researcher/pharmacologist with a PhD in Anthropology and Science – explores the chemistry and culture behind psychedelics, including an episode where he tries magic mushrooms in Mexico.

Major news companies – like NPR, NBC News, and the New York Times – are covering the emerging psychedelic therapeutics space in a positive light.

Public perception is shifting… and now, even laws are changing.

On Election Day 2020, Washington D.C. and Oregon both passed measures to decriminalize/legalize psilocybin – marking the first legal domino to fall for the psychedelic megatrend.

In other words, psychedelics are following in the footsteps of marijuana from taboo, to mainstream.

One of my favorite “Shroom Stocks” has long been MindMed (NASDAQ:MNMD). I first recommended MindMed stock when it was trading for 30 cents back in mid-2020. Now, it’s a near $5 stock.

And guess what just happened to MindMed? It up-listed to the Nasdaq – which is a huge deal, since it will increase investor awareness of and exposure to this industry.

At the same time, ATAI Life Sciences – another psychedelics company that is backed by billionaire VC Peter Thiel, who is famously known as Facebook’s first investor – just filed for a $100 million IPO.

And, over this past weekend, the New York Times ran a long piece on the psychedelics industry.

Folks… the psychedelics space is heating up!

The time to invest is now – if you want to get in on the ground-floor of what may be the biggest biotech/pharma breakthrough of the century.

But, alas, here’s the million-dollar question: What are the best psychedelic stocks to buy today?

I think there are two top picks in this space – and both of these shroom stocks could soar 10X over the next decade.

To get the name, ticker, and key business details of one of these explosive investment opportunities, click here for your chance to subscribe to my venture-capital-style research platform, Innovation Investor.

On the date of publication, Luke Lango did not have (either directly or indirectly) any positions in the securities mentioned in this article.

By uncovering early investments in hypergrowth industries, Luke Lango puts you on the ground-floor of world-changing megatrends. It’s how his Daily 10X Report has averaged up to a ridiculous 100% return across all recommendations since launching last May. Click here to see how he does it.

Innovation Investor is Luke Lango’s premier newsletter. Each issue, Luke uncovers ground-floor opportunities in explosive new megatrends, including blockchain, autonomous vehicles, and even supercomputing. It’s your chance to get an inside look at tomorrow’s cutting-edge opportunities today. Click here to learn more.

Exponential Growth Report is Luke Lango’s most exciting, powerful service, where he hunts for future technology juggernauts in the micro- and nano-cap world. These stocks are small enough to fly under Wall Street’s radar… and he predicts the profit potential can be staggering as a result. Click here to learn more.

EV Stocks Face-Off: TSLA vs. RIVN vs. ARVL
The 7 ETFs to Buy for the Perfect Portfolio
7 Sorry Dividend Stocks to Sell in February Before It’s Too Late
Robots could surpass workers at Amazon by 2030, Cathie Wood says
Stocks making the biggest moves after hours: Snap, Electronic Arts, Advanced Micro Devices and more