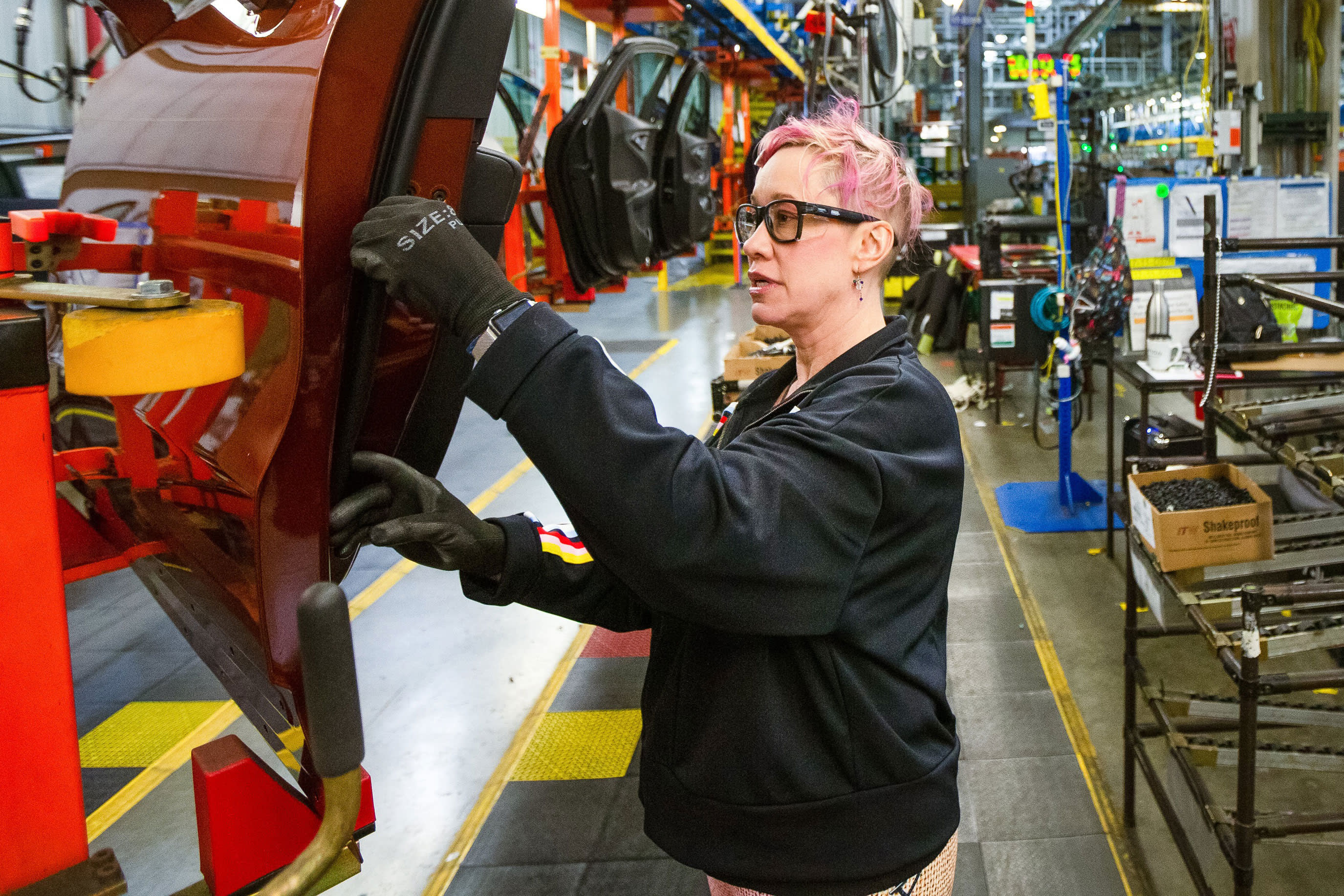 Take a look at some of the biggest movers in the premarket:

General Motors (GM) – The automaker earned $2.25 per share for the first quarter, compared to a consensus estimate of $1.04 a share, though revenue was very slightly below forecasts. GM said its results were helped by strong auto pricing as well as solid credit performance at GM Financial. GM shares rose 3.5% in premarket trading.

Lyft (LYFT) – Lyft lost 35 cents per share during the first quarter, but the ride-hailing company’s loss was smaller than the 53 cents a share that analysts were anticipating. Revenue exceeded forecasts, as did the number of active riders during the quarter. Its shares rallied 5.7% in premarket trading.

Match Group (MTCH) – Match Group jumped 6.2% in the premarket after it beat estimates by 17 cents a share, with first-quarter earnings of 57 cents per share. The operator of Tinder and other dating services also reported revenue above analysts’ forecasts and Match Group gave strong current-quarter guidance as it anticipates a surge in dating demand as the pandemic recedes.

Hilton Worldwide (HLT) – The hotel operator reported net earnings of 2 cents per share for the first quarter, missing the consensus estimate of 8 cents a share. Revenue also came in below analysts’ projections. Hilton continued to be hit by pandemic-related travel restrictions, although it said 97% of its hotels were opened by the end of April. Its shares fell 2.7% in premarket trading.

Scotts Miracle-Gro (SMG) – The maker of lawn and garden products saw its shares gain 3.5% in the premarket after beating estimates on the top and bottom lines for its latest quarter. Scotts continues to benefit from a surge in consumer demand as homeowners continued to focus on home projects amid the pandemic.

Tupperware (TUP) – The maker of storage products surged 7.2% in premarket action after a top and bottom line beat. Tupperware earned 82 cents a share for its latest quarter, well above the consensus estimate of 54 cents a share. Revenue was above estimates as well.

ODP (ODP) – The stock jumped 4.7% in premarket action after the parent of Office Depot announced it would split into two separate publicly traded companies. Office Depot and OfficeMax locations will be operated by ODP, while the yet-unnamed new company will contain ODP’s business-to-business operations. Current shareholders will own 100% of the new company.

Activision Blizzard (ATVI) – Activision beat estimates by 14 cents a share, with quarterly earnings of 84 cents per share. The video game maker’s revenue also exceeded Wall Street forecasts and the company raised its full-year forecast as demand remains elevated for games like “Call of Duty” and “Candy Crush.” Its shares gained 4.5% in the premarket.

T-Mobile US (TMUS) – T-Mobile was up 3.3% in premarket trading after it came in 17 cents a share above consensus by earning 74 cents per share for its latest quarter. Revenue also topped estimates, and the mobile service provider added a larger-than-expected number of paying subscribers during the quarter.

Caesars Entertainment (CZR) – Caesars shares surged 6.7% in premarket action. The casino operator reported a smaller-than-expected loss for the first quarter, while its revenue was above estimates. Caesars said results continue to improve significantly as the pace of Covid-19 vaccinations accelerates.

Zillow (ZG) – Zillow reported quarterly earnings of 44 cents per share, compared to a consensus estimate of 25 cents a share. The real estate website operator’s revenue also came in above estimates, and traffic to its websites and apps rose 19% compared to a year ago. Zillow shares climbed 2.6% in the premarket.

Herbalife Nutrition (HLF) – Herbalife reported better-than-expected sales and profit for the first quarter, and raised its full-year guidance. The health and wellness products maker saw particularly strong growth in its sports nutrition category. The stock added 4.7% in the premarket.