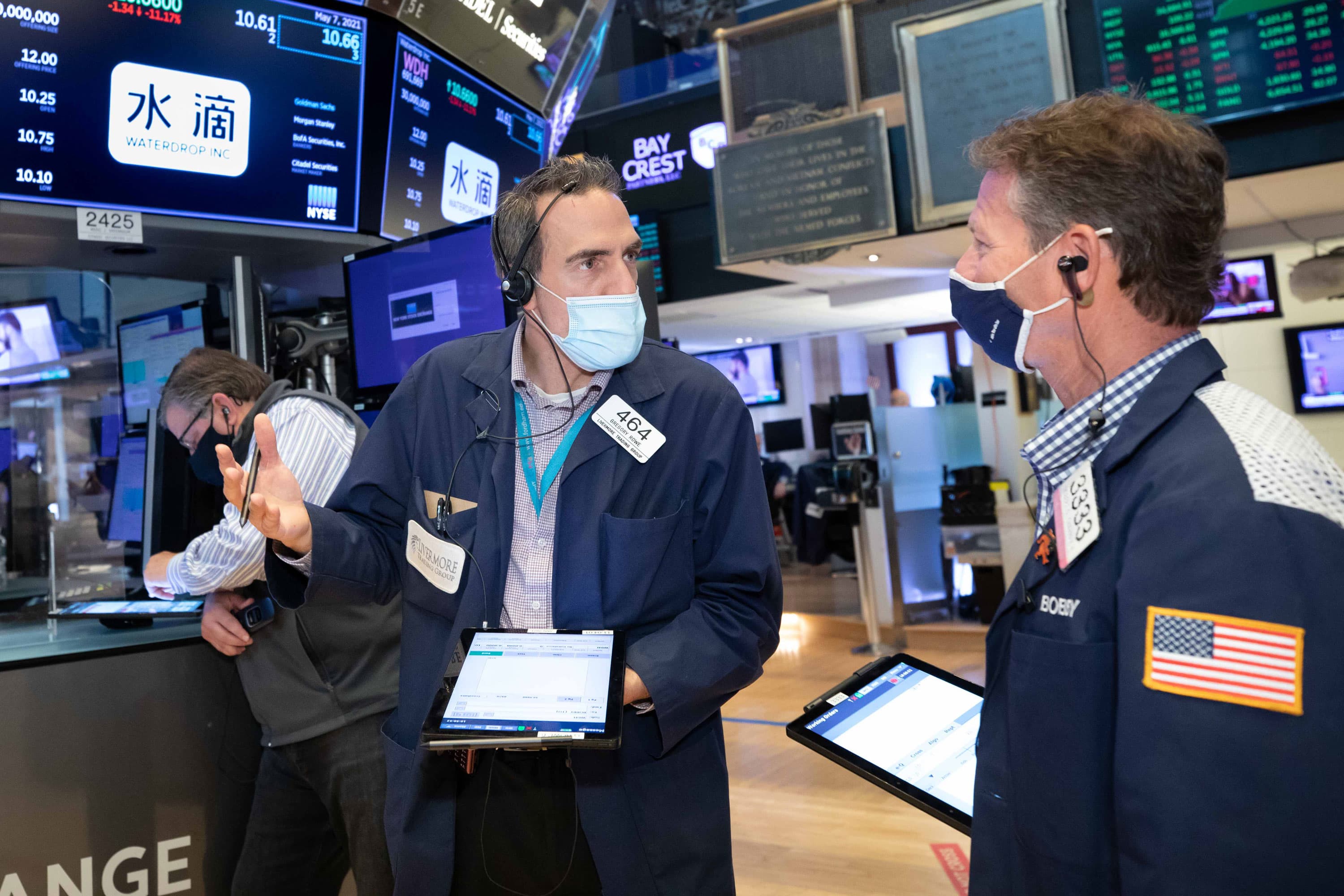 What does inflation do to stock prices?  Stocks are reacting negatively this week to modestly higher inflation figures, but it’s not at all clear that the current figures are a long-term negative for stocks.

Higher inflation is usually looked on as a negative for stocks, because it increases borrowing costs, increases input costs (materials, labor), and reduces standards of living.

But probably most importantly in this market, it reduces expectations of earnings growth which puts downward pressure on stock prices.

The stock market, of course, anticipates that there is a certain amount of inflation each year and adjusts what the expects returns should be against the expected inflation.

If, for example, investors expect a return of roughly 6% a year after inflation (including dividends), and inflation is 2% a year, investors will come to expect a roughly 8% return a year when inflation if factored in (this is in fact about the long-term return on stocks, over many decades).

But if inflation suddenly goes from 2% to, say, 4% very quickly, history indicates the overall market will react negatively.

That’s because investors will now demand a higher return to compensate for the now-higher risk.  Instead of an 8% return, investors may demand a 10% return.  Prices will likely drop.

This change in expectations is evident in the historic record.  A 2000 study conducted by Steven A. Sharpe at the Federal Reserve concluded that “Market expectations of real earnings growth, particularly longer-term growth, are negatively related to expected inflation…inflation also increases the required long-run return on stocks.”

Inflation during boom times is different than inflation in bad times

This makes sense:  When the economy is contracting, profits and revenues are usually declining even without inflationary concerns.

When the economy is booming, profits are higher (as they are now) and the economy may be able to withstand higher inflation.

Some sectors do better, some don’t

The effect of inflation can vary from sector to sector.

For example, growth stocks tend to underperform when inflation is higher.  That’s because growth stocks have much of their earnings expectations in the future, and when rates rise it hurts those future expectations.

Let’s say you have a value company that earns $1 a year, each year, for the next 10 years.

Then you have a growth company that will only earn 10 cents next year, but then 20 cents the following year, 40 cents the year after that, and so on so at the end of 10 years it’s expected to make $10.00.

With the value stock, each year the company makes about the same amount of profit.  With the growth stock, the profit is much farther out in the future.

Part of the reason is because the returns on the risk-free rate of return — government bonds — goes higher, making bonds more appealing against stocks.

Another reason is that higher inflation and rates will impact the future profitability of the companies.

“Growth stocks have longer duration than value, because they have more of their earnings farther out,” Larry Swedroe, director of research for Buckingham Strategic Wealth and an authority on stock market history, told me.  “If you get rising inflation, you have to discount future earnings.”

High dividend stocks, like utilities and REITs, usually suffer as well because investors have higher yielding government bonds as a less risky alternative, and because dividends often do not keep up with inflation levels.

Is inflation ever good for stocks?

Inflation is not all bad.  Some inflation can be beneficial: for example, under some circumstances modest inflation could stimulate job growth.

“Mild inflation is generally good, because it’s a sign the economy is growing, and businesses can raise prices,” Swedroe told me.

There may even be a “sweet spot” for inflation.  “When examining S&P 500 returns by decade and adjusting for inflation, the results show the highest real returns occur when inflation is 2% to 3%,” investment analyst Kristina Zucchi wrote in Investopedia.

That’s about where we are now.

So why is the market freaking out over a modestly higher CPI?

Inflation only gets worrisome, Swedroe tells me, “When it moves up so much the Fed has to act.  If the market thinks the Fed will tighten when inflation hits, say, four percent, the market will begin reacting well before the Fed does anything.  The Fed isn’t clear on what level they might act,” Swedroe says, so the market is engaging in a rampant guessing game.

Put simply, Swedroe says, the market is now attempting to price in the chance the Fed will have to act sooner than many anticipated.

Since the liquidity the Fed has provided has been a major driver of stock prices, taking away some of that liquidity will also have a potentially negative effect, since it will mean there is less money that could go into the markets.

Fed expected to slow rate hiking to a quarter point but will stay unrelenting in inflation battle
7 Sorry Dividend Stocks to Sell in February Before It’s Too Late
7 CRISPR Stocks With the Best Long-Term Potential
Hold Up! Don’t Be Too Eager to Buy AMZN Stock Now.
Gautam Adani calls off $2.5 billion equity sale as regulatory concerns grow