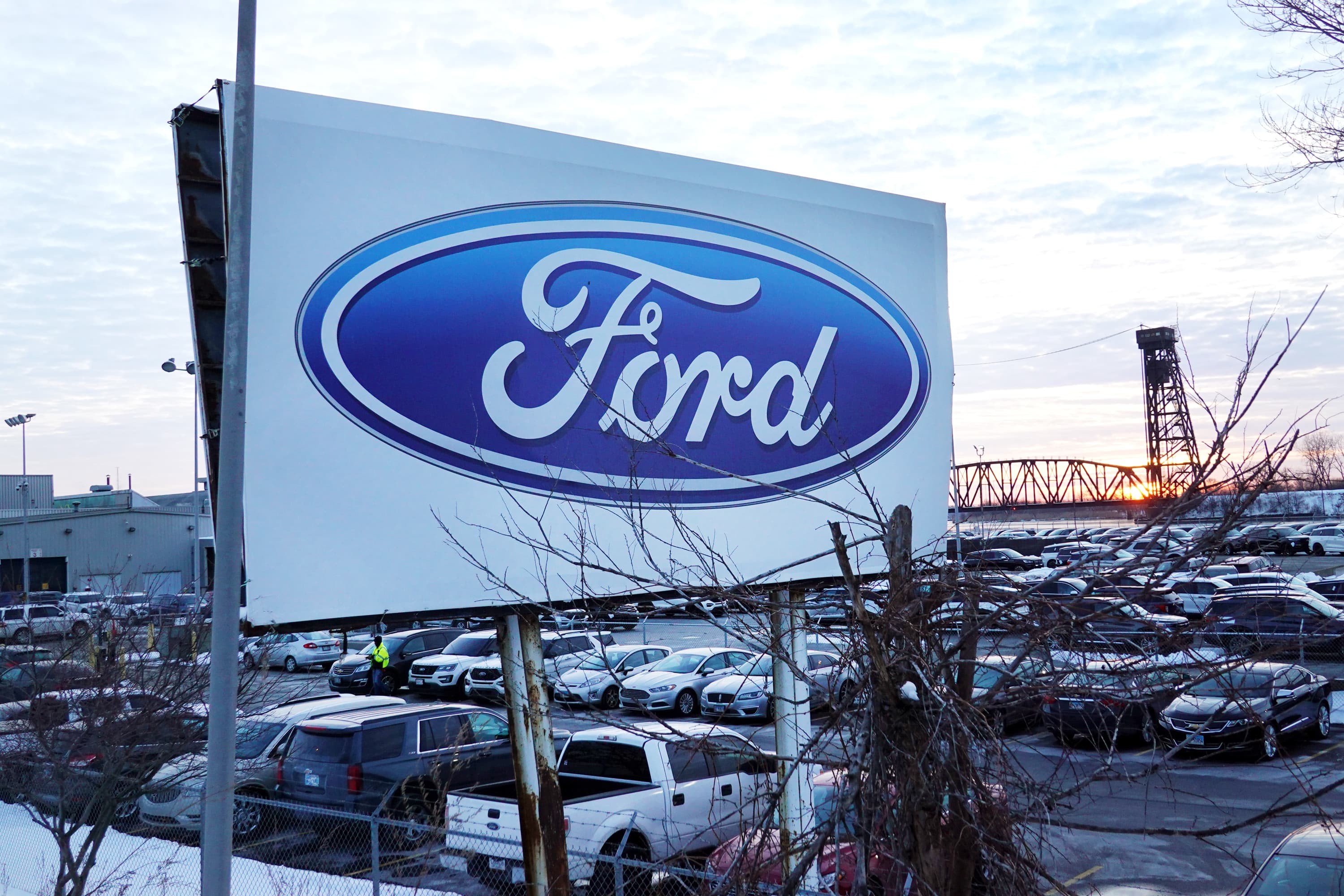 The Ford company logo is displayed on a sign outside of the Chicago Assembly Plant on February 03, 2021 in Chicago, Illinois.
Scott Olson | Getty Images

Check out the companies making headlines in midday trading.

Dollar Tree — Dollar Tree shares dropped 7% in midday trading, despite the company beating Wall Street’s expectations on the top and bottom lines for its latest quarter, according to Refinitiv. The retailer issued a full-year outlook lower than analysts’ projections.

Dollar General — Shares of the discount store rose 2.7% after the company reported quarterly earnings of $2.82 per share. Analysts were expecting earnings of $2.19 a share, according to Refinitiv. Dollar General also raised its full-year forecast, citing enhanced performance from the most recent round of government stimulus checks.

Airbnb — Shares of Airbnb gained nearly 4% after RBC initiated coverage of the stock with a “buy” rating. The online platform announced several changes to its platform Monday focused on flexibility ahead of an expected travel boom as pandemic restrictions ease.

General Motors — The Detroit automaker’s stock was up roughly 3% in midday trading after announcing it will restart production at five assembly plants in North America next week, which had halted production because of a global semiconductor chips shortage. It also said its Bupyeong 1 Assembly in Korea, which has operated at half capacity since April 26, will resume full production next week.

Occidental Petroleum — The energy stock rose about 2% after Goldman Sachs upgraded Occidental to buy from neutral. The investment firm said that higher oil prices should allow Occidental to cut its debt load.

The Best EV Stocks to Buy to Dethrone Tesla in 2023
Brace Yourself for Another SOFI Stock Selloff in 2023
Stocks making the biggest moves after hours: Whirlpool, NXP Semiconductors, UnitedHealth and more
AMD, PTON, SPY Predictions: 3 Hot Stocks for Tomorrow
Stocks making the biggest moves before the bell: Apple, Alphabet, Amazon, Starbucks and more