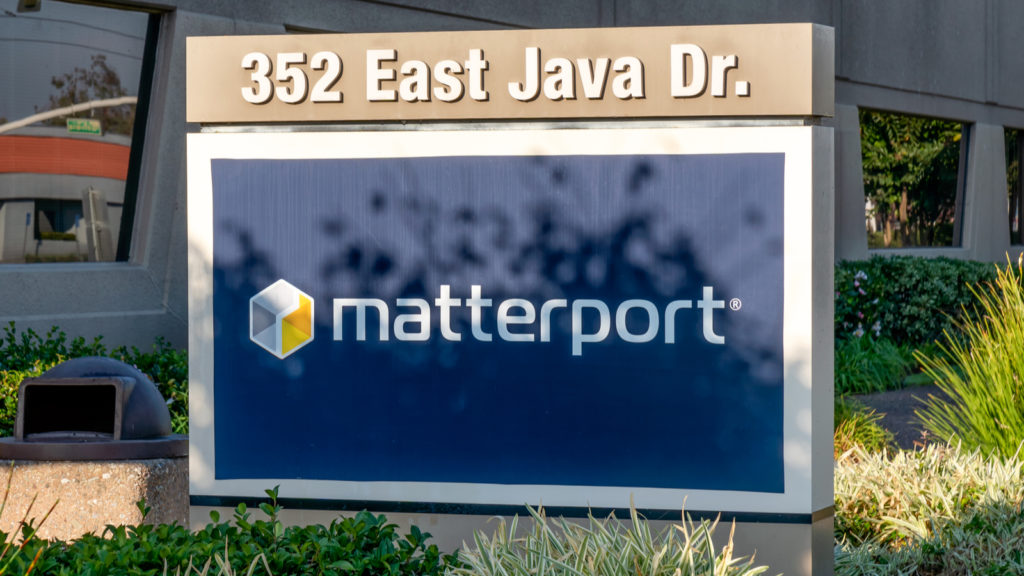 It’s not surprising that Matterport (NASDAQ:MTTR) stock has taken off in recent weeks. Everything “meta” has become hot among investors in the wake of Facebook’s decision to change its name to Meta Platforms (NASDAQ:FB), so the shares of Matterport, which operates a spatial data platform. have also been popular.

That’s because Matterport has more than just an indirect association with the metaverse. In fact, it is already working with Facebook/Meta on a project related to the metaverse.

Although the initiative was announced in June, it’s only been since  Facebook’s “metamorphosis” into Meta that the deal has helped make the market very bullish on MTTR stock.

However, before you dive into the shares, there are a few things to keep in mind. For now, the company’s meta catalyst is secondary. It will be years until meta becomes a key contributor to the firm. That’s assuming, of course, that the metaverse takes off, as many commentators have suggested lately.

With MTTR stock up a great deal earlier this year due to “meta mania,” the shares have reached a frothy valuation. As a result, the stock could tumble if Matterport’s financial results come in below analysts’ average estimates and it lowers its guidance when it releases its fourth-quarter results.

Considering that the shares have jumped too far and too fast, it may be best to wait for them to pull back before buying them.

MTTR Stock and its Recent Results

Much of the discussion about Matterport recently has been focused on its potential as a metaverse play. But while this emerging trend could positively impact its future, let’s first take a closer look at its Q3 results, which have been ignored by most investors.

For Q3, it reported revenue of $27.7 million, slightly below analysts’ average forecast of $29.1 million. Its loss per share of 86 cents was slightly worse than the mean projection of a loss of 79 cents per share.

Yet what caused MTTR stock to temporarily drop was the reduction of its full-year guidance.

Previously, Matterport had provided 2021 sales guidance of  between $120 million and $126 million. Now its outlook calls for between $107 million and $110 million of sales this year. As a consequence of the guidance cut, the shares fell by double-digit percentage levels after the company unveiled its Q3 results on Nov 4.

Nevertheless, due to “meta mania,” the market quickly cut the company some slack, and MTTR stock rebounded.

However, the stock may experience a sharper pullback if Matterport’s Q4 results fall short of average expectations.

I may be jumping to conclusions by calling the guidance cut a warning sign for MTTR stock. Its sales came in short of analysts’ average estimates and were up just 10.3% year-over-year. But a lot of that had to do with the company’s shift from a license-based model to a subscription-based model.

Its subscription revenue went up by around 36.5%, compared to the same quarter a year earlier. That said, the shares today could be “priced for perfection.”

Based on analysts’ 2021 average revenue estimate, it’s trading for more than 50 times its 2021 sales outlook. In order to sustain this high valuation, Matterport needs to meet or beat average expectations over the next few quarters. So if it comes up short again when it reports  its Q4 results in February, investors could push the shares back to the $10-$15 per share.

Given that the shares have already pulled back sharply from their recent all-time high, the company’s meta catalyst may now be fully played out.

The Verdict on MTTR Stock

Wedbush analyst Dan Ives, who has become one of the most bullish analysts on Matterport, has called it an “under the radar” tech story. But given the wild moves it’s made in the past few weeks, it seems that plenty of investors are well aware of it.

As a result, the shares have climbed to a valuation that may not be sustainable, unless its Q4 results are surprisingly good  And profit taking could take the shares down further before that.

But as I’ve written previously, I  believe that the company can benefit from strong demand  for its 3D mapping platform from a wide variety of end users. Consequently, it could generate strong revenue growth in the years ahead. Yet at its current valuation, strong growth from its main business, plus the meta catalyst, is more than baked into the stock price.

So until MTTR stock sports less of a “metaverse premium,” hold off on the shares.

Thomas Niel, a contributor for InvestorPlace.com, has been writing single-stock analysis for web-based publications since 2016.

Understanding Warrants and Call Options
Why Nio Stock Faces an Uphill Battle
7 Long-Term Stocks to Buy and Hold Until 2030
GameStop: The Shorts Have Left the Building
Op-ed: These big names propelled the S&P 500 last year. Here’s what’s ahead for 2022