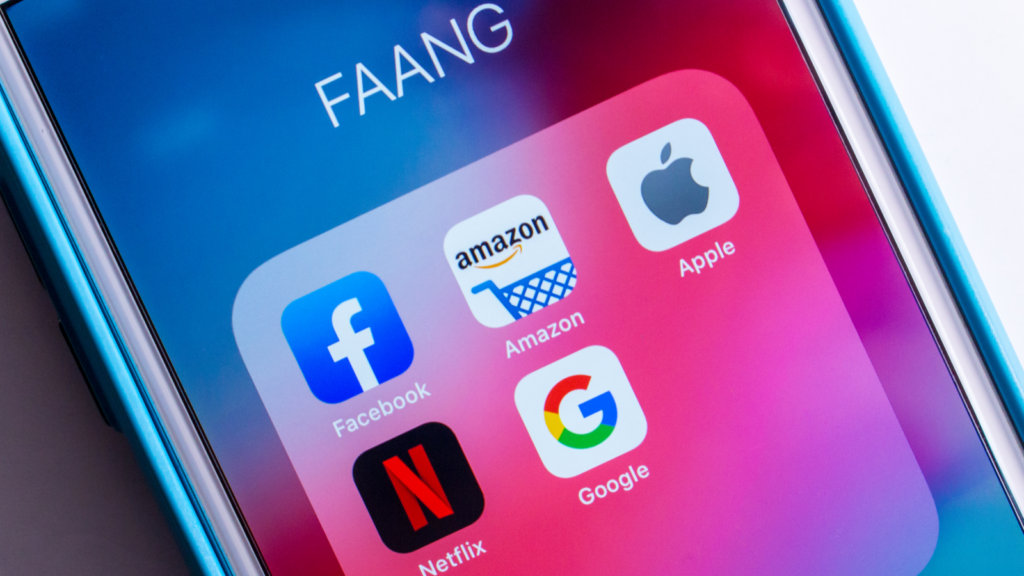 It has been a challenging year for investors with exposure to the technology sector, as many stocks have been hammered by a number of factors, including high inflation, supply chain disruptions, geopolitical tensions, and rising interest rates. FAANG stocks — an acronym for prominent tech behemoths Meta Platforms(NASDAQ: FB), which was formerly known as Facebook, Amazon (NASDAQ: AMZN), Apple (NASDAQ: AAPL), Netflix (NASDAQ: NFLX), and Alphabet (NASDAQ:GOOGL, NASDAQ:GOOG), parent company of Google, have not been immune to this selloff and are trading at considerable discounts to their respective 52-week highs.

Aside from macro headwinds, there are some company-specific factors that have dragged down the FAANG stocks.

Using the TipRanks stock comparison tool, we placed Amazon, Apple and Netflix against each other and assessed Wall Street’s opinions about these three FAANG stocks.

Today, I will be comparing these three FAANG stocks to see which will yield better returns:

Amazon (NASDAQ:AMZN) shares have witnessed a notable pullback since the company announced its first quarter (Q1) results and a bleak Q2 sales outlook. Q1 sales grew 7.3% to $116.4 billion, but the company swung to a loss of $7.56 compared to earnings per share (EPS) of $15.79 in the prior-year quarter.

Investors were concerned about the decelerated revenue growth and the impact of elevated costs on profitability and losses related to the company’s investment in electric vehicle maker Rivian (NASDAQ:RIVN).

On the positive side, Amazon Web Services, or AWS, delivered impressive performance with sales up 37% to $18.4 billion and operating income increasing 57% to $6.5 billion. The AWS division continues to enjoy strong momentum as many businesses are shifting their operations to the cloud.

In response to Q1 results, Jefferies (NYSE:JEF) analyst Brent Thill noted that “the market needs visibility into margin recovery, although we see a pathway to outperformance in the second half aided by easing comps, reduced cost headwinds, continued momentum at AWS, and 44% multiple compression since mid-2020.”

The majority of analysts covering Amazon stock continue to be bullish, with a Strong Buy consensus rating backed by 36 Buys, one Hold and one Sell. With shares down 68% year-to-date, the average Amazon price target of $3,647.08 implies 69.82% upside potential from current levels.

Tech giant Apple (NASDAQ:AAPL) is known for its cutting-edge technology and disruptive innovations, like the iPhone and iPad. Despite a challenging business environment, Apple’s Q2 FY22 (ended March 26, 2022) revenue grew 8.6% to $97.28 billion fueled by strong demand for its products and services. EPS also increased 8.6% to $1.52.

Further, Apple expects its Services (including advertising, AppleCare, cloud, digital content, payment, and other services) revenue to grow by double-digits in Q3 FY22, but decelerate compared to the 17% growth experienced in fiscal Q2. That said, Apple sees its Services division as one of the key growth drivers as the company’s subscription base continues to expand. The company now has over 825 million paid subscriptions across its services.

Despite near term headwinds, Morgan Stanley (NYSE:MS) analyst Kathryn Huberty continues to be optimistic about Apple.

While Huberty closely monitors the pace of China’s reopening and Apple product lead times to gauge the easing of supply challenges, she believes that “the underlying health of Apple’s product and services ecosystem remains remarkably stable, which is a clear differentiator in today’s more challenging macro environment.”

The analyst cut her price target on Apple stock from $210 to $195, but reiterated a Buy rating.

Overall, Apple scores a Strong Buy consensus rating based on 20 Buys and six Holds. The average Apple price target of $188.80 implies 37.59% upside potential from current levels. Shares have declined 19.29% so far this year.

Streaming giant Netflix (NASDAQ:NFLX) shocked its investors last month when it reported an unexpected loss of 200,000 subscribers in Q1. Suspension of Netflix’s service in Russia, intense rivalry in the streaming space and password sharing adversely impacted the company’s subscriber base.

Netflix’s Q2 outlook added to investors’ worries as the company could lose up to 2 million subscribers in the quarter. To improve its business, Netflix is exploring several options, including the introduction of ad-supported lower-priced subscription plans and curbing password sharing among viewers.

Jones feels that while Netflix is “still well-positioned” in the streaming space backed by its large size and notable content investment, it could take several quarters for the company to execute its ad-supported offering. Moreover, the analyst noted that Netflix’s expenses will rise to implement the ad-supported offering.

Note that a recent New York Times report revealed that Netflix could launch its lower-priced, ad-supported tier in the fourth quarter of this year, much earlier than what the company originally indicated.

All in all, Netflix scores a Hold consensus rating that breaks down into seven Buys, 29 Holds and three Sells. The average Netflix price target of $299.93 implies 62.92% upside potential from current levels. Shares have plunged 69% year-to-date.

Wall Street analysts are currently sidelined on Netflix stock due to concerns about slowing growth and intense competition in the streaming space. They continue to be bullish on Apple and Amazon based on strong fundamentals and long-term expectations. Given a higher upside potential from current levels, Amazon stock seems to be a better pick.

What’s more, Amazon scores a 9 on TipRanks’ Smart Score system, indicating that it is more likely to outperform the market. This is a data-driven score that evaluates a stock based on eight key factors, including technical and fundamental indicators.

On the date of publication, Sirisha Bhogaraju did not have (either directly or indirectly) any positions in the securities mentioned in this article. The opinions expressed in this article are those of the writer, subject to the InvestorPlace.com Publishing Guidelines.

Sirisha Bhogaraju has over 15 years of experience in financial research. She has written in-depth research reports and covered companies across various sectors, with a primary focus on the consumer sector. Sirisha has a master’s degree in finance.