The recent stock market selloff has left many stocks in deep decline. However, some overvalued stocks are yet to go down despite the bearish news and seem almost unaffected by the slump. Nonetheless, the broader economy is not out of trouble, and the planned rate hikes and reduction of the Fed’s balance sheet are almost guaranteed to hurt the market.

In my opinion, large tech stocks seem particularly vulnerable and are starting to diverge to the downside. The primary reason for some of these companies outgrowing their intrinsic value is due to the coronavirus stimulus packages and the Fed’s expansionary monetary policy.

Once the consumer demand starts to decline due to the current contractionary policy, the revenues of these companies are likely to take a significant hit. As we’ve seen before, the stock market reacts without sympathy when a company performs below expectations, which can turn ugly for regular investors.

Moreover, the U.S gross domestic product (GDP) has already started to contract, and it is unlikely for an already overvalued stock to keep growing despite a bearish broader market.

Therefore, I have found the following 3 divergent stocks to sell right now before they decline.

Apple‘s (NASDAQ:AAPL) robust growth after the coronavirus recession is now starting to backpedal into a deep decline. With inflation and supply chain issues still being a significant concern, it might be the time to take profits on the stock.

Apple is a technology company that sells premium phones with an exclusive and popular operating system. Therefore, the company is almost guaranteed to exist and be profitable in the long run. The company’s branding has allowed it to sell its products, at an impressive 43.8% profit margin.

However, the long-term prospect for the company won’t save its stock from a decline in the current bear market. With consumer spending slowing down and the U.S GDP contracting, I expect Apple’s profits to take a hit. It is likely that far fewer people will be upgrading their Apple products this year as a lack of stimulus packages and inflation hits people’s wallets. Thus, I expect the current bearish trajectory to continue for some time.

Microsoft (NASDAQ:MSFT) stock remains fragile despite its 26% decline since the start of this year. The stock has wiped off more than a year’s worth of gains, but I believe it is still far from bottoming out.

Microsoft has done exceptionally well compared to many other tech stocks due to its healthy revenue growth in its first three quarters (Microsoft’s fiscal year runs from July 1 to June 30) of 2022. However, its quarterly net income is decreasing, and the year-on-year (YOY) growth is also slacking.

Furthermore, its third-quarter earnings report (ended March 31) was before the Federal Reserve fought inflation more seriously. The current state of the economy is now different. Thus, Microsoft’s fourth-quarter results are unlikely to be satisfactory as an already slowing net income growth will be exacerbated by reduced demand.

Moreover, Microsoft has recently announced a significant pay raise for all its employees, which will also cut into its fourth-quarter profits. In the future, an unsatisfactory Q4 earnings report could have a substantially negative effect on the stock. 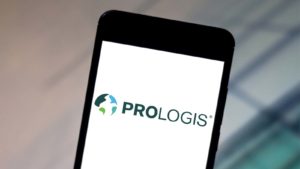 Prologis  (NYSE:PLD) is a real estate investment trust firm that is highly overvalued on the stock market. Even though the company has had robust growth in net income, I remain bearish as that growth resulted from an unnatural rise in real estate prices after the coronavirus pandemic.

Of course, some may argue that the housing market is not in a bubble. However, in my opinion, the housing market’s growth has been too fast and too unnatural. With interest rates rising, and the stock market declining, both institutions and individuals are going to cut back on trying to buy a house.

I believe that the probability for the housing market to sustain its high growth is little to none. Therefore, investing in PLD stock will likely lead to a loss.

On the date of publication, Omor Ibne Ehsan did not have (either directly or indirectly) any positions in the securities mentioned in this article. The opinions expressed in this article are those of the writer, subject to the InvestorPlace.com Publishing Guidelines.

Omor Ibne Ehsan is a writer at InvestorPlace. He is also an active contributor to a variety of finance and crypto-related websites. He has a strong background in economics and finance and is a passionate advocate of blockchain technology. You can follow him on LinkedIn.