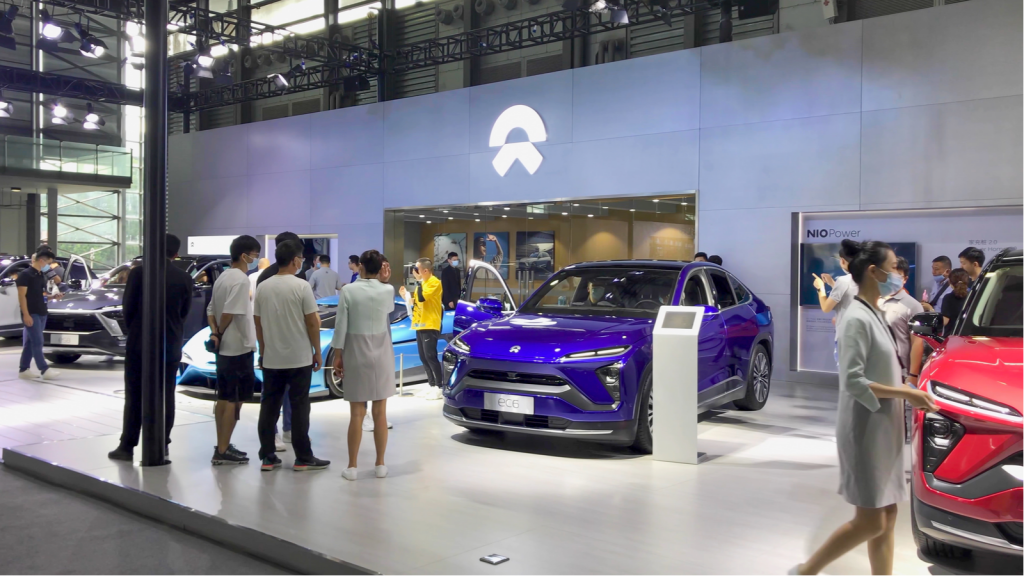 After months of being hammered lower, shares in Chinese EV maker Nio (NYSE:NIO) stock have been bouncing back. A calming down of stock market volatility has been a factor, but two other pieces of news also has helped to lift the stock.

First, news of possible expansion into the U.S. Second, well-received May vehicle delivery numbers. With this, and the stock’s subsequent move back to the high-teens per share? You may think that a comeback is underway.

However, you may not want to jump quickly to that conclusion. It may not be on the path to fully living up to 2022 expectations. Even as its lockdown headwinds fade, and delivery numbers improve.

If it fails to meet expectations it’ll be difficult for shares to make a permanent move back to higher prices. You may not want to chase it and risk giving back its recent bounce.

Two developments have enabled Nio stock to (at least for now) get out of its slump. First, the above-mentioned rumors of Nio’s move into the U.S. auto market.

As InvestorPlace’s Eddie Pan reported on May 27, the company’s posting of manufacturing-related job listings has raised hopes the China-based EV maker, which has already expanded into Europe, could be on its way to setting up shop stateside as well. The company has made no comment on the matter.

Even so, NIO stock received a boost from these rumors. This boost has been extended further, thanks to the second above-mentioned news item, the automaker’s latest monthly deliveries report.

Per Nio’s May 2022 delivery update, it delivered 7,024 vehicles last month. Deliveries were up only a few percentage points year-over-year. On a month-over-month basis though, they were up a substantial amount.

This is being seen as a sign that production is getting back to normal, after being affected by China’s recent pandemic lockdowns.

Yet while this recent news is positive, should you view it as a sign to buy? Not so fast. Although lockdown headwinds may be easing, the company could still disappoint as the rest of 2022 plays out.

Why Nio Stock Could Still Underwhelm

You may have perceived recent news with NIO stock as a sign that its situation is improving. Both in the near-term (ramping up of Chinese production) and in the long-term (expansion into the U.S.) However, that may not be the case.

First, the near-term situation. As I argued in early May, an end to lockdowns doesn’t mean a full re-acceleration is around the corner.

Growth could speed back up, just not to a level that enables it to meet full year 2022 expectations. Recovering from the recent lockdown could be bumpier than expected. This could limit the degree in which it ramps up production.

On the demand side, the easing of 2022’s China lockdowns could come more slowly than the easing of 2020. With this, we may not see the pent-up demand for Nio’s vehicles that is necessary for it to make up for underwhelming deliveries earlier this year.

Second, when it comes to the longer-term catalyst, Nio may have plans to enter the U.S car market. Finding success in the U.S. is a different thing entirely. With competition rising, by the time Nio arrives stateside, it may struggle to grab much market share.

After its Bounce, Tread Carefully

Following an extended period of negative news and unfavorable market conditions, it’s not surprising Nio has experienced a double-digit bounce back. Whether this carries on, though, is debatable.

A massive ramp-up in production and a stunning re-acceleration of delivery growth may not be on the horizon.

Nio could still deliver a full-year operating performance that falls short of expectations. If it does fall short, it’s doubtful the stock will be able to justify a move to price substantially above what it trades for today.

Again, that doesn’t mean there’s big downside risk if my more bearish forecast plays out. At least, on a relative basis. It could re-test its lows, and not fall much lower than that.

Nevertheless, until there’s more that suggests otherwise, don’t assume a comeback is in progress, for both the company and for NIO stock.

Brace Yourself for Another SOFI Stock Selloff in 2023
Stocks making the biggest moves before the bell: Apple, Alphabet, Amazon, Starbucks and more
AMD, PTON, SPY Predictions: 3 Hot Stocks for Tomorrow
7 CRISPR Stocks With the Best Long-Term Potential
The 7 ETFs to Buy for the Perfect Portfolio