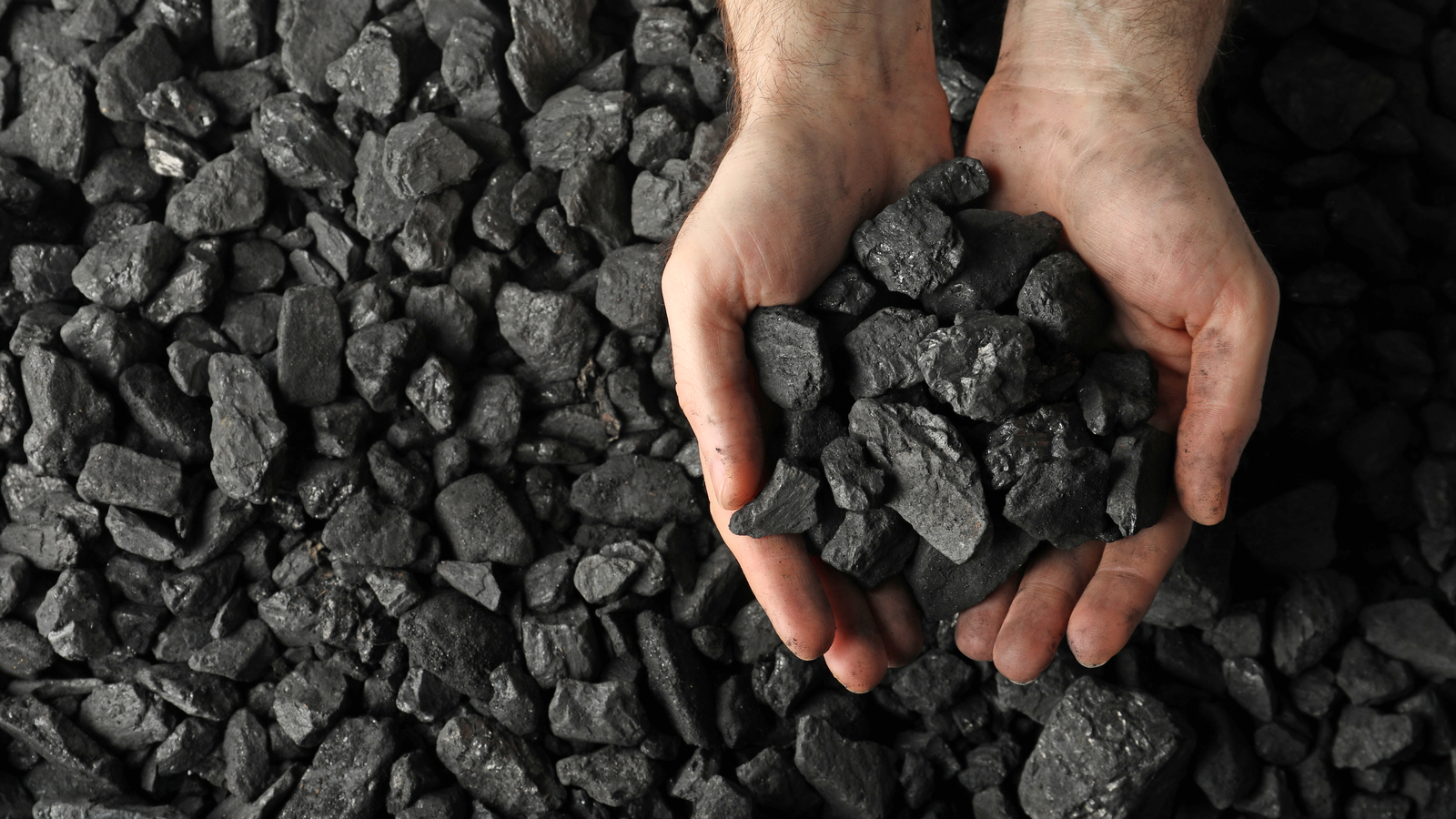 With its roots tracing back to the late 19th century, the best coal stocks to buy may not seem like a relevant topic today. However, geopolitical conflicts and unprecedented economic undercurrents have forced the sector into the limelight. Primarily, Russia’s reckless invasion of Ukraine and the subsequent U.S.-led sanctions have effectively shelved global energy resources. As a result, demand has skyrocketed as energy-dependent nations pay top dollar for pivotal commodities.

Of course, prices of all goods would have increased anyways due to rising inflation. In addition, the dramatic paradigm shift of no activity to robust activity following the fading of the coronavirus pandemic exacerbated conditions in the energy market. With such heightened demand, every avenue of power generation is struggling, which cynically bolsters the case for coal stocks to buy.

To be fair, coal plants feature some of the lowest capacity factor ratings in the energy industry. However, what has kept coal stocks in the game is that while the intermittent sources of solar and wind are offline, metallurgically related plants can fill the gap.

With other factors such as climate change impeding hydroelectric power sources, coal stocks simply represent a necessity at this hour.

As the biggest coal supplier in the U.S. and among the leaders in the global pure-play coal investment sector, Peabody Energy (NYSE:BTU) should be at the top of your list if you’re interested in coal stocks to buy. On a year-to-date basis, BTU is up 98%, an incredible performance but not entirely uncommon for the segment.

Unlike other high-performing securities that are moving against economic headwinds, however, it’s quite possible that BTU could swing higher. It comes down to a brutal and unavoidable reality that frankly benefits all coal stocks to buy: Energy is, outside of food and water, the last place where households will make their budget cuts.

Further, its most recent earnings report for the first quarter of 2022 shows revenue growth of over 6% against the year-ago level. After several years of the coal industry unwinding, Peabody is making a comeback, one that could last for a surprising while.

Another top player among coal stocks to buy, Arch Resources (NYSE:ARCH) — a coal-mining and processing firm — ranks No. 2 in terms of supplying the underlying sedimentary rock in this country. ARCH has been a clear beneficiary of the sector’s sudden relevance, gaining almost 69% on a YTD.

While some folks might not like investing in names that are already hot — you can count me in on this assessment — ARCH is likely to push higher throughout the rest of this year. How so? Again, it just comes down to a painfully relevant economic profile. Energy-dependent countries who still want to maintain a working moral compass need critical supplies. Therefore, prices will simply rise.

In particular, Arch deserves serious consideration for coal stocks to buy because it’s turning around its fundamentals after the Covid-19 disaster. In 2021, Arch generated net income of $338 million and it continues to print rising positive numbers on the bottom line.

Another significant player among coal stocks to buy, Consol Energy (NYSE:CEIX) concentrates its operations in the Pennsylvania Mining Complex, which is the largest underground coal mine complex in North America. Since the start of the year, CEIX has gained 108%, a staggeringly high figure that is poised to keep reach fresh plateaus.

Now, if you think the idea of coal stocks to buy in the modern age is strange, you’re not alone. According to the Wall Street Journal, broader investments in metallurgical mining operations dwindled against expectations that coal would lose market share to renewable energy. Well, so much for that assessment.

Still, this undercurrent is probably going to benefit Consol Energy for some time. In its Q1 2022 report, the company posted revenue of $536 million, up nearly 62% from the year-ago quarter. It’s also on track to deliver annual sales levels not seen since 2018.

With all these discussions about coal stocks to buy, it must be said that the sector is risky. For instance, if the crisis in Ukraine ends sooner than anticipated or economic conditions stabilize, these black rocks could quickly lose their relevance in favor of renewable energy or other (cleaner) sources. But that’s also why I like BHP Group (NYSE:BHP) in this context.

As one of the biggest metals and mining firms in the world, BHP commands an enviable and diverse portfolio. In addition, the company features a petroleum arm, giving the corporate umbrella an impressive reach. And within this mix, BHP owns a metallurgical coal division, where the end products are used for a variety of applications.

Therefore, if the coal segment dwindles for whatever reason, BHP is ready to shift into other core categories. Previously, I mentioned BHP as an investment idea to consider for its copper production, which is crucial for the manufacturing and distribution of electric vehicles.

One of the mid-tier coal stocks to buy, Ramaco Resources (NASDAQ:METC) might not be a household name, although it could be given the underlying circumstances. Here’s what’s particularly intriguing about METC on a speculation basis. Unlike the other competitors in this space, METC is “only” up 14% YTD. While that’s an impressive performance considering that the Nasdaq index is down over 32% during the same period, it’s a sector underperformer.

Still, that could attract gamblers looking for an upside opportunity in the coal market that hasn’t already gone bonkers. With society returning to normal — and certain consumer sectors like traveling being surprisingly robust (for now) despite inflationary headwinds — it’s quite possible that broader power demands will boost coal stocks to buy, including METC.

Fundamentally, Ramaco may also be a diamond in the rough. In Q1 2022, the company posted revenue of nearly $155 million, up 256% on a year-over-year basis. It also posted net income of $41.5 million. At the current run rate, Ramaco is poised to deliver the biggest revenue tally in its history.

Under a similar framework with BHP Group, investors seeking a more diversified approach to coal stocks to buy should look up Natural Resource Partners (NYSE:NRP). Managing a range of diverse energy-related properties, Natural Resource’s wide canvas allows it to shift to other commodities should the coal sector not pull its weight, though this doesn’t seem likely at the moment.

But unlike BHP, NRP has greater speculative upside potential. On a YTD basis, the equity unit is up 17%, comparing very favorably to BHP’s performance of 12% during the same period. Given the myriad cynical factors bolstering coal stocks to buy, NRP is something to keep a close eye on if you intend to swing for the fences.

However, Natural Resource Partners is not entirely speculative as it features intriguing financial figures. For instance, it posted sales of $74.9 million in Q1 2022, up over twice the tally of the year-ago quarter. As well, the company features strong net income numbers and consistently positive free cash flow.

One of the smaller coal stocks to buy with a market capitalization of under $200 million at time of writing, Hallador Energy (NASDAQ:HNRG) focuses on coal development and transportation delivery. While the business itself has become extraordinarily relevant because of geopolitical and economic catalysts, HNRG is drawing attention for its speculative upside potential.

Almost in the territory of penny stocks given its single-dollar-digit price point, HNRG has been on the move. On a YTD basis, shares have skyrocketed over 124%. In the trailing month, Hallador has gained nearly 38% of market value. Further, in the trailing week, it’s up almost 4%.

Still, for this kind of performance, HNRG might be difficult to ignore for hardened gamblers.